SAN DIEGO–(BUSINESS WIRE)–$TUYA #TUYA—The Class: Shareholder rights law firm Robbins LLP is investigating Tuya, Inc. (NYSE: TUYA) and its officers and directors to determine whether they breached fiduciary duties and violated securities law in connection to the Company’s March 2021 initial public offering (“IPO”). Tuya developed and offers a purpose-built “Internet of Things” (“IoTs”) cloud platform that delivers a suite of offerings, including Platform-as-a-Service, or PaaS, and Software-as-a-Service, or SaaS, to businesses and developers. The Company’s proprietary products and services enable so-called “smart devices,” e.g., household items and appliances connected to the internet, to communicate and interact with end users and online information and services. 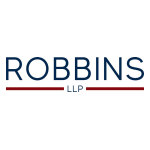 What is this Case About: According to the class action complaint filed against Tuya, Inc., the offering documents in support of the Company’s IPO contained untrue statements of material fact.

Leading up to the IPO, Tuya claimed to be experiencing phenomenal growth. Tuya claimed to be the “largest IoT PaaS business in the global market of IoT PaaS in terms of the volume of smart devices powered” and stated that its “business ha[d] scaled rapidly in recent periods,” growing revenue by 70% year-over-year to $179.9 million in 2020.

Tuya held its IPO in March 2021, selling over 45 million ADSs at $21 per ADS. However, unbeknownst to investors, a material portion of Tuya’s China-based customers were engaged in widespread illicit activities to misleadingly promote and sell their products on e-commerce marketplaces such as Amazon.com. Many of Tuya’s most significant customers were engaged in the systematic practice of writing fake reviews and paying for positive reviews, in direct violation of Amazon.com’s seller policies and practices. The ratings manipulation by a large contingent of Tuya’s customer base posed a significant undisclosed risk that Amazon.com would terminate or limit the sale of products containing Tuya’s technology on its platform, thereby materially negatively impacting the Company’s financial results. Further, on March 1, 2021, more than two weeks before the IPO, a data security organization, Safety Detectives, had recovered a database that exposed 13 million records of organized fake review scams linked to over 200,000 Amazon account profiles, many of which implicated Tuya’s clients.

On May 11, 2021, it was reported that “several top Chinese sellers disappeared from Amazon.” The article noted that the “suspended accounts contributed over a billion dollars in gross merchandise value (GMV) to Amazon.” Then, on July 9, 2021, it was reported that Amazon had “closed 340 online stores of one of its largest Chinese retailers in the first half of this year” as it cracked down against paid reviews and other violations of Amazon’s terms of use. In subsequent weeks, Amazon banned hundreds of Chinese brands across thousands of sellers’ accounts, many of which were clients of Tuya. Amazon stated that these sellers knowingly, repeatedly, and significantly violated Amazon’s seller policies, especially the ones around review abuse.

Finally, Tuya announced its financial results for the second quarter of 2021 and a disappointing outlook for third quarter of 2021. By August 2022, Tuya ADSs had dropped below $2 per ADS, or 90% below the price at which they were sold to the investing public.

Next Steps: If you acquired shares of Tuya, Inc. pursuant to the Company’s IPO, you have legal options. Contact Robbins LLP for more information.

All representation is on a contingency fee basis. Shareholders pay no fees or expenses.

About Robbins LLP: A recognized leader in shareholder rights litigation, the attorneys and staff of Robbins LLP have been dedicated to helping shareholders recover losses, improve corporate governance structures, and hold company executives accountable for their wrongdoing since 2002. To be notified if a class action against Tuya, Inc. settles or to receive free alerts when corporate executives engage in wrongdoing, sign up for Stock Watch today.

Attorney Advertising. Past results do not guarantee a similar outcome.