NEW YORK–(BUSINESS WIRE)–Aqara, a leading provider for smart home products, joined hands with Samsung Electronics during the Samsung Developer Conference 2022 (“SDC22”) in San Francisco and showcased the two companies’ commitment to a seamless smart home experience for users. Since the inception of a strategic partnership earlier this year, Aqara and Samsung have been working together to integrate Aqara’s Matter-enabled and Zigbee devices into Samsung SmartThings, the premier technology enabling connected living and driving the future of IoT. 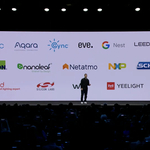 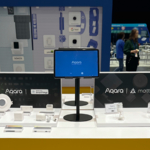 Aqara is an early participant of SmartThings’ Matter Early Access Program. Sharing the common goal of promoting a seamless interoperability across different IoT devices, brands, and platforms, the two companies have been collaborating to test Aqara’s Matter-enabled devices with SmartThings, in order to ensure a smooth transition towards the new standard.

Aqara’s Zigbee devices will be made Matter-compatible via an OTA (over-the-air) update of Aqara hubs. This software update – which is expected to be available in the next few months – allows Aqara users to continue enjoying their existing Zigbee devices while also accessing the benefits of Matter. Moreover, Aqara also plans to introduce a new Thread-based product line with native Matter support. All the Matter-compatible devices from Aqara will be able to connect to SmartThings.

The growing synergy between Aqara and SmartThings ecosystems brings further simplicity and interoperability to future smart homes. Samsung and Aqara are working to further extend the partnership into vertical segments and to ultimately bring connected home experiences to more households worldwide.