LOS ANGELES–(BUSINESS WIRE)–On November 18, 2022, a federal jury in the Central District of California returned a defense verdict in favor of Virtual Sonics, Inc. in a multi-million dollar lawsuit brought by producer Scott Mednick and his son, Skyler Mednick. 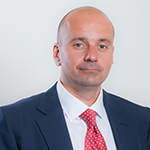 Virtual Sonics is a cutting-edge music technology company specializing in developing high-end digital music instruments used in films, video games and other mediums. Scott Mednick, a producer and co-founder of Legendary Pictures, is credited with producing films such as Superman Returns, Teenage Mutant Ninja Turtles, 300 and We Are Marshall.

The Mednicks were early investors in Virtual Sonics. They sold their interests and ended their relationships with the company in 2019. Two years later, in 2021, they brought a lawsuit in federal court seeking millions in deferred compensation and penalties, interest and other forms of relief claiming that these amounts were not part of the 2019 buy-out. Virtual Sonics’ position throughout the hard-fought litigation was that the Mednicks got everything they were owed as part of the deal; and that this lawsuit was an improper second bite at the apple because the Mednicks were not happy with the deal they made. A California federal jury agreed and delivered a defense verdict after less than an hour of deliberations, following a week-long trial featuring testimony of the Mednicks as well as the co-founders of Virtual Sonics, brothers Jeremy and Julian Soule.

Sasha Frid of Miller Barondess LLP, who represented Virtual Sonics in the lawsuit, was very pleased with the verdict. “The jury figured out what happened here and got the right result. This was a win for the good guys. The plaintiffs got everything they bargained for in the buy-out and were trying to leverage the company with this lawsuit. Virtual Sonics never budged and were resolute that it did not owe the Mednicks a penny more. I am honored to represent such a great client. We thank the jury and the court for its diligence in this tough case.”

This win follows a string of legal victories for Sasha Frid over the last year.

Also in October 2022, Frid obtained an order of protection for Mötley Crüe’s bassist Nikki Sixx in Tennessee state court against a stalker who was posting deranged and threatening messages about Sixx and his family on social media. The court prohibited any contact or posts, ordered the respondent to supervised counseling and referred the matter for criminal review.

In September 2022, Frid obtained a temporary restraining order and preliminary injunction for Christina Development Corporation, a Los Angeles-based real estate investor and operator of apartment buildings, against a former employee who threatened the company’s tenants and sought to extort the company. The Court (Hon. James Chalfant) ordered the defendant to stay away from the properties and not contact Christina’s employees or tenants. In a subsequent decision, the defendant was ordered to turn over his personal devices for a forensic examination.

On June 30, 2022, Frid obtained a key summary judgment ruling for Windsor, a group of skilled care facilities, against the Insurance commissioner of the State of Delaware, acting as the Receiver (“Receiver”) for Ullico, a failed insurance company. The Receiver sued Windsor, a group of skilled care facilities, seeking approximately $9 million in damages for Windsor’s alleged failure to pay deductibles for workers’ compensation policies issued by Ullico in the 2010-2012 period. Windsor contended that it purchased and paid for guaranteed cost policies, pursuant to which the insured is responsible for the payment of premiums and not deductibles. The Court (Hon. Barbara Scheper) granted summary judgment in Windsor’s favor finding that the large deductible endorsement in the policies was ambiguous and that the policies must be interpreted based on the “objectively reasonable expectations of the insured.” The undisputed evidence adduced in discovery showed that Windsor understood the policies to be guaranteed cost which was in line with the captive insurance structure that was set up and approved by Ullico and numerous witnesses’ testimony.

In May 2022, Frid filed a petition to confirm an arbitration award in favor of his client, Kovac Film Co., against PMC Retaliators, a former production partner, over the development of the film “Retaliators.” In the JAMS arbitration, the arbitrator (Hon. Michael Dolinger, Ret.) found in Kovac’s favor on the breach of contract claims awarding all requested damages and dismissed all of PMC Retaliators’ claims for lack of evidence.

Earlier this year, Frid resolved a dispute pending in two separate courts—Southern District of New York and the Los Angeles Superior Court—between the rock band Better Wolves and its label, Better Noise Music, against the band’s former lead singer, Tommy Vext. The resolution followed an injunction that was issued by U.S. District Court, Southern District of New York, Judge Jesse Furman in favor of Sasha’s client, Better Noise Music, which enjoined Vext from releasing any of Better Noise’s copyrighted materials and other relief.

Finally, in August 2022, Frid resolved a long-standing dispute for his client, the Backstreet Boys, against a Chinese concert promoter over performances that occurred in 2015 in China.

Sasha Frid is a founding partner of Miller Barondess, LLP. He is an accomplished litigator and trial lawyer with a wealth of experience handling complex litigation matters, including business and partnership disputes, real estate, entertainment and music, copyright, trademark, right of publicity, trade secret, idea theft, and insurance bad faith. He has been recognized among the Best Lawyers in America® since 2019, and recognized on Billboard’s list of Top Music Lawyers and as a Top Entertainment Lawyer by Variety.

Miller Barondess is a 40-lawyer firm in Los Angeles specializing in high-stakes litigation, trial, and appellate work in California and around the country. The firm represents clients in a wide range of sectors, including technology, real estate, healthcare, entertainment/media, sports, consumer products, insurance, retail, environmental, licensing and branding, financial services, mergers and acquisitions, and in representing government. With a reputation for victories in “bet-the-company” cases, the firm is often hired to “save the day” before trial.