Become the quarterback of your favorite NFL team with the release of NFL PRO ERA, available on Meta Quest 2 and Sony PlayStation VR platforms 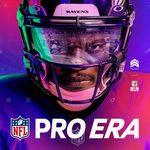 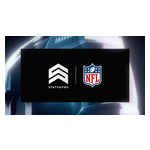 “The NFL is excited to partner with StatusPRO, which has developed cutting-edge VR technology and leveraged their expertise as former football players to create an incredibly immersive NFL experience,” said Ed Kiang, VP of Video Gaming at the NFL. “NFL PRO ERA will enable fans to connect with the game and their favorite teams in a whole new way.”

Featuring a new one-of-a-kind player simulation, including the ambient sounds and stadium atmosphere that NFL players would experience in a live game, NFL PRO ERA was developed by former football players who worked with a team of best-in-class developers to replicate a quarterback’s on-and-off field perspective, putting the fan in the driver seat of authentic gameplay action.

“At StatusPRO, we are excited for football fans and anyone curious to know what it is like to be an NFL quarterback, to play NFL PRO ERA. We are offering a wide variety of gameplay modes for players of all levels to really experience what it feels like on the field,” said Troy Jones, StatusPRO Co-Founder, Chief Executive Officer, and former DI quarterback.

“For new VR users, I encourage them to check out Mini Games and Practice Mode to build up their skills. For a more casual experience, our Multiplayer Sandbox allows gamers to play catch with friends in any NFL Stadium, while our Two-minute Drill offers a fast-paced simulation experience and lets them compete against other gamers for the top spot on our leaderboard. Once they are ready for game day, they can quickly advance to play full 11-on-11 games in the Exhibition Mode and rack up trophies as they play a full NFL schedule and take their team all the way to the Super Bowl in our Season Mode,” added Jones.

Through a combination of NFL game data and StatusPRO’s athlete-led technology, NFL PRO ERA presents a new level of football video gaming. Gamers can engage one player at a time or choose up to eight participants to experience games together. In Multiplayer mode, gamers can play a game of catch in their favorite stadium, regardless of where they are in the world.

NFL PRO ERA is available for $29.99 at the Official PlayStation™Store and the Quest Store. Fans can check out the official game play trailer here and see what it is like to play NFL PRO ERA from Baltimore Ravens quarterback Lamar Jackson’s perspective, who was recently named the cover athlete of NFL PRO ERA.

“We are excited for fans to feel how fun it is to make the plays and game decisions of an NFL quarterback, just like our cover athlete Lamar Jackson. Getting to relish in the energy of thousands of cheering fans, in your favorite stadium, as you get a glimpse of what it takes to compete at the highest level in our game is truly something I feel every football fan is going to remember forever. It’s one thing to experience sports games from a broadcast point of view, it’s another to step into the shoes of your team’s quarterback and choose from more than a hundred plays and then successfully run a shotgun normal quick slants 86 or a pistol ace wide receiver comebacks while the defense is coming right at you. NFL PRO ERA is the future of the field,” said Andrew Hawkins, Co-Founder and President of StatusPRO and former NFL wide receiver.

“For fans to be able to experience everything that I do, from a quick slant to a long bomb while trying not to get sacked, is next level,” Baltimore Ravens quarterback Lamar Jackson added. “This is unlike any other game you’ve experienced. As the quarterback, you take the snap, and you feel the pressure of what it’s like to make a big play. The gameplay action is as close to reality as you can get! I’m proud to be the brand’s first ever cover athlete.”

“Andrew and Troy competed at the highest levels themselves, and that experience shows in what they’ve created with NFL PRO ERA, where the value of feedback and involvement from actual NFL players is fully embraced,” said Terése Whitehead, Vice President, Consumer Products & Strategy at NFL Players Inc., the marketing, and licensing arm of the NFLPA. “By integrating professional athletes’ POV, starting with Lamar Jackson, the game provides a true feel and authentic football experience.”

OneTeam, the group licensing partner that leads the NFLPA’s video games business, will leverage its roots in video games and marketing, supporting the product with player procurement and production resources.

StatusPRO, Inc. is a sports technology company that combines data with augmented, mixed, and virtual reality to provide a suite of training and gaming products that revolutionize the way coaches, players, and fans experience their favorite sport. Headquartered in Miami, FL, StatusPRO is minority-owned and led, where almost half of its employees in the United States are former athletes. StatusPRO’s ties to the NFL and the NFLPA began in its club locker rooms when co-founders and former elite football players Troy Jones and Andrew (Hawk) Hawkins had a vision to develop Pre Game Prep, a tool that would bring the brand’s proprietary technology to NFL teams with the goal of improving the athlete training experience, which is now being utilized by NFL teams. The company’s investors include notables such as Naomi Osaka, LeBron James, Maverick Carter, Paul Wachter, Drake, Jimmy Iovine, along with investment groups Greycroft, TitleTown Tech, Verizon Ventures, Haslam Sports Group, 49ers Enterprises and SC Holdings.