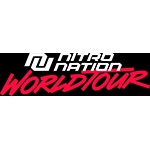 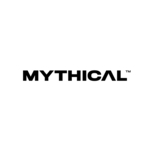 “We’ve been making racing games for over a decade now and are thrilled to innovate on our Nitro Nation franchise in partnership with Mythical. We will be bringing true ownership to the worldwide community of millions of competitive racing fans.” – Vladimir Funtikov (CEO and Co-Founder of Creative Mobile)

Trading card game Epic Spell Wars: Magic Fight will also arrive on PC in 2023. Built in partnership with Cryptozoic’s game development arm CCG Labs, the game is an intense card battle game where you can play and earn digital collectibles.

“We are super excited to announce Epic Spell Wars: Magic Fight, an over-the-top collectible card game that uses NFT technology to deliver a brutal strategic card battler! And of course partnering with Mythical lets us leverage their best-in-class Blockchain platform and removes the heavy lifting to get this game to an all new digital audience.” – Cory Jones (Co-founder at Cryptozoic Entertainment)

Following the announcement of NFL Rivals in partnership with the National Football League (NFL) and NFL Players Association (NFLPA), this brings the total number of games offered on the Mythical Platform to four, including Mythical’s debut title Blankos Block Party which is currently in early access for PC and Mac. A full-service web3 technology system powering the next generation of players, games and studios, games on the Mythical Platform unlock the value of a player’s monetary and time-based efforts, or the rarity of their collection, by providing a way for them to sell their in-game items to other players.

“We’re stoked to announce a milestone moment about to hit the horizon, where we embark on a new chapter with more games, stronger partnerships, and fun, outlandish experiences. Just like Nitro Nation has brought drag racing to the next level, we’re partnering up and elevating the franchise to new heights with our proprietary blockchain technology in Nitro Nations World Tour. Then you’ll be able to take it to a whole other dimension with Epic Spell Wars: Magic Fight and battle to be the ultimate wizard. We’re thrilled to be crafting new stories, new angles and most importantly empowering people to play, own, and live out their fantasies whether it be as wizards, warriors, racers, or party animals.” – Jamie Jackson (Co-Founder, Chief Creative Officer, Mythical Games)

Mythical Platform protects gamers that may be new to blockchain through a custodial wallet for their digital items, while allowing advanced players the freedom to link their own wallets via bridges between the Mythical Chain and public mainnets. With its “gamers-first” focus, the Mythical Platform ensures players don’t need to dive into the intricacies of blockchain to enjoy ownership of their digital collections and have a great game experience.

Mythical Platform can be added to pre-existing game economies or built into the design of a new game from the ground up, and enables management of digital asset trades, payments, users and blockchain inventory management, making it possible for buyers and sellers of digital assets to transact confidently in an environment founded on transparency, security, trust and value. Mythical Marketplace provides seamless integration to game inventory and offers fraud protection, fee optimization, buyer and seller pricing recommendations, an exchange for fiat and crypto transactions and more. Mythical partners will also have access to proprietary intelligence, market design and market intervention tools that enable easy and safe digital asset transactions.