Inspired by the Love of Driving and Music’s Natural Connection to the Open Road, Mobil 1 Partnered with Record Label Monstercat to Exclusively Release Koven’s Powerful Electronic Track in Rocket League and Across All Streaming Platforms on July 22

Watch the “All We Needed” Music Video: http://monster.cat/allweneeded-mv

SPRING, Texas–(BUSINESS WIRE)–Mobil 1™, the world’s leading synthetic motor oil brand known for producing winning performances in motorsports, is now supporting a new type of performance – music. For the first time in the brand’s nearly 50 year history, Mobil 1 is celebrating the natural connection between driving and music. In partnership with electronic music’s leading independent record label Monstercat, Mobil 1 has collaborated with UK-based cinematic bass duo, Koven, to exclusively release their new track “All We Needed” today. The track and the music video were released on all digital music platforms at Midnight ET on July 22 and is available now as the feature song in the driving-based video game Rocket League. 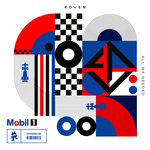 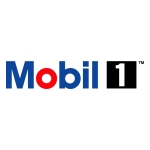 “There’s few things more therapeutic than getting in your car, turning up the volume, and hitting the open road,” said Ryan Allen, Brand & Partnerships Manager of North America at ExxonMobil. “Mobil 1 is committed to helping drivers get the most out of the road, and we recognize the important role music plays in rediscovering your love of driving, whether it be physically during a road trip or virtually while playing Rocket League.”

Koven, consisting of producer-songwriter Max Rowat and singer-songwriter Katie Boyle, are known for their cinematic bass music and epic festival performances with live vocals. Their debut album Butterfly Effect was nominated for Best Album at the 2020 Drum & Bass Arena awards where Katie also won Best Vocalist, and Part 1 of their ‘Higher Ground’ EP will be released on Monstercat August 4. Featured on the EP, “All We Needed” is an emotionally charged escapist record with undulating vocals intertwined with bold instrumentals and a choral release. The artists drew references from their rediscovery of life’s simple pleasures in the creation of this track.

“Our latest release with Mobil 1, “All We Needed” is about enjoying and appreciating the simplest things in life. There is so much beauty in a small moment that we often pass by without noticing. At the time it doesn’t feel like anything, but you will nostalgically look back on it with a full heart and realize it’s moments like that that carry meaning,” said Koven. “Something as simple as playing video games with friends or driving on an open road with the person you love on a sunny day without a destination in mind. Sometimes that’s all you need.”

While Mobil 1 has been a fixture on the F1 circuit, NASCAR tracks, and extreme motorsport races like the Pikes Peak International Hill Climb for decades, as the brand nears a half a century of celebrating driving, it’s encouraging people to rediscover their love of driving in all forms. Since 2018 Mobil 1 has been one of the sponsors of the Rocket League Championship Series (RLCS), the official competitive league for Rocket League, the driving-based, multiplayer video game developed by Psyonix. Together, Mobil 1, Psyonix, and Monstercat are making “All We Needed” a free Player Anthem in game later in August, as well as a featured song on the in-game radio today.

“We’re thrilled to team up with Mobil 1 as their first music partner, bringing Koven’s new single to life as an exhilarating driving anthem for the summer,” said Gavin Johnson, Monstercat’s Head of Gaming. “Fans can experience the adrenaline rush of “All We Needed” both in the music video and when they play Rocket League. It’s the perfect synergy to round out this collaboration.”

“Mobil 1 believes that exploration leads to some of the best driving experiences and music creation,” added Ryan Allen. “This exclusive track is just the start of the brand’s commitment and celebration of music.”

Mobil 1™ motor oil is the world’s leading brand of synthetic motor oil. Our advanced technology allows Mobil 1 motor oils to meet or exceed some of the industry’s toughest standards and to provide exceptional protection under even extreme driving conditions. Mobil 1 motor oil is designed to help protect critical engine parts, maximize engine performance, and extend engine life. For more information, visit us online at www.mobil1.us or and follow @Mobil1 on Facebook, Instagram and Twitter.

Monstercat is one of electronic music’s most influential independent record labels. Founded in Waterloo, Canada in 2011, Monstercat has since expanded its global footprint with offices in Vancouver, Los Angeles, and Singapore. Championing a roster of world-renowned artists, Monstercat exceeds 200 million global audio streams monthly, with six releases a week across its Uncaged, Instinct, and Silk brands. The label has topped radio and streaming charts worldwide, offering a diverse range of genres across bass, dance, pop, house, chill, electronic, and more. Beyond recorded music, Monstercat channels the undeniable power of its brand into live events, merchandising, gaming partnerships, digital collectibles, and sync deals. Backed by passionate employees, driven artists, and the dedication of fans worldwide, Monstercat proves that independent labels have the ability to reshape and reimagine the music industry landscape.