BORDEAUX, France–(BUSINESS WIRE)–#IoT–Luos, maintainer of an open source project for edge and embedded distributed systems, today simplified firmware updates – creating significant time savings, with the availability of its latest release. The new Luos 2.7 also provides flexibility for developers to test Luos features using a Linux, MacOS, or Windows system without the requirement of a compatible board. 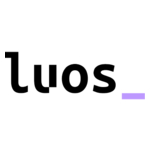 “As we learned from our fast-growing Discord community, two of the most significant obstacles currently facing embedded developers are the complexity and time drag of firmware updates and obstacles to trying new approaches,” said Nicolas Rabault, co-founder and CEO, Luos. “These are significant features that make it much easier to maintain embedded systems and apply firmware updates, as well as an easy on-ramp for developers who want to try Luos.”

The new Luos bootloader updates all boards without needing physical access to each of them. Now, it’s possible to update firmware on many microcontroller units (MCU) – an ST, Microchip, Atmel and soon NXP, Silicon Labs, Nordic Semiconductor and Raspberry Pi Pico – without needing a specific bootloader for each different board. Luos engine only needs to connect one MCU to the computer, that is programmed with a specific Luos application called gate, and connect the Luos embedded network (Robus) to this MCU. The Luos open source orchestrator will deliver the right firmware to the right board, regardless of its physical location on the network.

The Luos engine is an embedded lightweight and real-time C code library that provides a simple application programming interface (API) to create, manage, and interact with services. The Luos bootloader feature can save a significant amount of time on updating systems that are part of an overall project. The bootloader is available on Github.

The other significant feature in the latest release gives developers the ability to immediately test Luos on their Linux, MacOS, or Windows system without requiring the availability of compatible boards. Developers can see their code running on a computer the same way it would run on an embedded device. This lowers the barrier for developers who want to try Luos for the first time.

In the future, a computer with an application running Luos will be able to function as a network node, as well.

Try Luos by going to the Get Started tutorial and join the Luos community of embedded and edge developers from around the world who are sharing their knowledge and ideas.