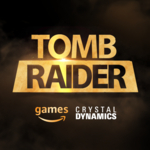 The as-yet-untitled new Tomb Raider game is a single-player, narrative-driven adventure that continues Lara Croft’s story in the Tomb Raider series. It includes all the elements that have made Tomb Raider one of the most revered franchises in gaming, giving players control of the confident and multidimensional hero Lara Croft in an environment that rewards exploration and creative pathfinding, with mind-bending puzzles to solve, and a wide variety of enemies to face and overcome. Crystal Dynamics is drawing on the power and cutting-edge technology of Unreal Engine 5 to take storytelling to the next level, in the biggest, most expansive Tomb Raider game to date. The title is currently in early development, and additional details will be announced at a later date.

“Tomb Raider is one of the most beloved IPs in entertainment history,” said Christoph Hartmann, VP of Amazon Games. “Amazon Games is committed to bringing players games of the highest quality, from the best developers, across all variety of platforms and genres, and we’re honored by the opportunity to work with this storied developer and franchise. Our team is incredibly excited about collaborating with the talented and visionary Crystal Dynamics team to bring the next chapter of Lara Croft’s saga to players around the world.”

“Crystal Dynamics has an extraordinary opportunity following our acquisition by Embracer to redefine what a publishing relationship is for Tomb Raider,” said Scot Amos, head of studio at Crystal Dynamics. “Transformative is what we’re looking for, and with Amazon Games, we found a team that shares our creative vision, ambitions, and values for a Lara Croft universe across the spectrum of possibilities. They’re uniquely positioned to rewrite what publishing and development collaborations are, and we’re eager to forge this new path together, starting with building the biggest and best Tomb Raider game yet!”

At Amazon Games, our ambition is to create bold new experiences that foster community in and around our games. Our team of game industry veterans is building within the sandbox of Prime Gaming, Twitch, Amazon retail, Amazon Web Services (AWS), and more to push boundaries and deliver captivating experiences to our players. Amazon Games is developing AAA multiplayer games based on original IPs, including New World, with our studios and teams in Seattle, Orange County, San Diego, and Montreal. Amazon Games also publishes best-in-class third party games, leading with Lost Ark from Smilegate RPG and Blue Protocol from Bandai Namco Online Inc.

Crystal Dynamics has developed and published more than 30 games during its award-winning, 30-year adventure. Some of the company’s beloved franchises include Legacy of Kain and TOMB RAIDER, which has sold more than 95 million copies worldwide. TOMB RAIDER’s protagonist, the hero Lara Croft, has been a cultural icon for more than 25 years, appearing in more than 20 games, and has made an indelible mark on virtually every facet of entertainment. In addition to its headquarters in San Mateo, California, Crystal Dynamics has two additional studios: Crystal Northwest in Bellevue, Washington, and Crystal Southwest in Austin, Texas.

The TOMB RAIDER videogame franchise, which recently celebrated its 25th anniversary, has sold over 95 million copies worldwide. The franchise’s popularity has exploded into a series of blockbuster films based on the original Tomb Raider game and 2013 reboot. Its protagonist Lara Croft has been a contemporary global icon for over two decades. The most-recent release in the world-famous franchise, Shadow of the Tomb Raider, co-developed by Crystal Dynamics and Eidos-Montréal, received numerous “Best of” nominations and awards and is the remarkable conclusion to Lara Croft’s origin story. All of this continues to make TOMB RAIDER a destination brand for action-adventure.