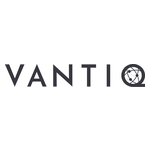 Contrary to popular belief, Vantiq’s survey shows that there are in fact bipartisan concerns about climate change, as well as agreement that the issue must be addressed. Public sentiment has clearly shifted towards climate awareness, as 75% of Democrats think that climate change is a threat to their way of life, while 42% of Republicans do, and 47% of Independents agree that a climate threat exists. In addition, Republicans, Democrats and Independents are all considering climate risk in their personal lives, with more than 60% of Democrats and more than 40% of Republicans, as well as Independent-identifying respondents, stating that increasing climate threats will cost the global economy more than $1 trillion annually within 10 years.

According to the U.N., the world population has now surged past 8 billion, and most people are expecting shortages. In fact, nearly half (48%) of Americans anticipate “severe scarcity” of resources and a reduction in quality of life due to impacts of climate change within the next 10 years. A majority are also worried about the availability of resources in the future, with 65% agreeing that availability of food is a future concern.

Vantiq’s research also reveals that age demographics have an impact on opinions around climate change, with younger populations being most concerned. When asked if climate change “poses a threat to your way of life,” over 65% of those under age 44 said yes while only 50% of those above 44 agreed.

Regarding gender differences, most respondents also agreed. Some 61% of men, 54% of women, and 56% of those who identify as other or nonbinary believe that climate change is a threat to their way of life.

“Our research reveals that the impact of climate change is on the minds of Americans across the political spectrum and across multiple demographics,” said Vantiq CEO Marty Sprinzen. “More and more people are seeing climate change as a threat to their way of life, and, as result, are contemplating sustainability and their own personal options when it comes to securing their futures in an increasingly unpredictable environment.”

The majority of people surveyed said they are willing to give up or pay more for certain things to address climate change, despite high inflation and a worsening economy. More than half (61%) would give up two-day shipping from their favorite retailer if it helped that company achieve net zero and/or carbon-free operations, and 65% would pay more money to switch to clean energy sources.

“Our survey also shows that society is becoming more open-minded, and people are accepting of the need to alter their lifestyles to help address climate change,” continued Sprinzen. “Almost everyone recognizes the threat posed by inaction on the climate, and everyday citizens are seemingly motivated to change their lives and to potentially give up some ‘quality of life’ benefits to address the climate problem.”

Many believe tech can help

Americans have little faith that the public sector will solve climate change, and almost half (49%) of the survey respondents report that they don’t believe that government can fix the problem. While tech companies have not “stepped up to the plate” in terms of addressing climate change, many think that technology holds potential to improve the situation. More than one-third (35%) of those polled believe that technological advancements and technology companies can help solve climate change challenges and drive sustainability.

Technology-based solutions, including the use of edge computing and the IoT for smart cities and for monitoring power grids, are showing great promise as society prepares for even greater impacts from climate change. Clean tech solutions, particularly those that use sensors to monitor for waste and/or the emissions of excessive greenhouse gases, are poised to deliver ROI in the form of energy cost savings and sustainability.

“The private and public sectors must collaborate to address climate threats, and technology can help fill the void,” observed Sprinzen. “One of the most impactful ways to safeguard society from climate disaster is to leverage technology to create new solutions that can help address Americans’ resource concerns for the future, as well as deliver new capabilities in terms of national defense and security – which are all interrelated issues when it comes to the total impact of climate change.”

Vantiq conducted the online survey of more than 1,000 Americans during October and November 2022.

Vantiq provides a truly breakthrough platform that supports use cases of the future, where massive computing and networking power resides in things such as sensors and cameras, devices that fit into a human hand, and the near infinite capacity of the cloud. Vantiq’s platform is the first product that allows enterprises to much more easily create genuinely real-time, genuinely distributed solutions capable of millisecond decision making and response times. It integrates apps that live at the edge, inside specialist devices and inside the cloud, almost without integration effort. Vantiq was founded in 2015 by software veterans Marty Sprinzen and Paul Butterworth, co-founders of Forte Software. For more information, please visit Vantiq at www.vantiq.com or on Facebook, Twitter and LinkedIn.