According to new Venafi research, two-thirds of organizations have changed cyber strategy in response to war in Ukraine

SALT LAKE CITY–(BUSINESS WIRE)–#TLS—Venafi®, the inventor and leading provider of machine identity management, today announced the findings of new research that evaluates the security impact of the increasing number of nation-state attacks and recent shifts in geopolitics. Venafi research into the methods used by nation-state threat actors shows the use of machine identities is growing in state-sponsored cyberattacks. 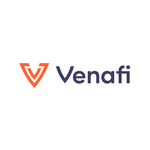 The study of over 1,100 security decision makers (SDMs) globally found that 66% of organizations have changed their cybersecurity strategy as a direct response to the conflict between Russia and Ukraine, while nearly two-thirds (64%) suspect their organization has been either directly targeted or impacted by a nation-state cyberattack.

Other key findings from the research include:

“Cyberwar is here. It doesn’t look the way some people may have imagined it would, but security professionals understand that any business can be damaged by nation-states. The reality is that geopolitics and kinetic warfare now must inform cybersecurity strategy,” said Kevin Bocek, vice president, security strategy and threat intelligence at Venafi. “We’ve known for years that state-backed APT groups are using cybercrime to advance their nations’ wider political and economic goals. Everyone is a target, and unlike a kinetic warfare attack, only you can defend your business against nation-state cyberattacks. There is no cyber-Iron Dome or cyber-NORAD. Every CEO and board must recognize that cybersecurity is one of the top three business risks for everyone, regardless of industry.”

Venafi research has also found that Chinese APT groups are conducting cyberespionage to advance China’s international intelligence, while North Korean groups are funneling the proceeds of cybercrime directly to their country’s weapons programs. The SolarWinds attack — which compromised thousands of companies by exploiting machine identities to create backdoors and gain trusted access to key assets — is a prime example of the scale and scope of nation-state attacks that leverage compromised machine identities. Russia’s recent HermeticWiper attack, which breached numerous Ukrainian entities just days before Russia’s invasion of the country, used code signing certificates to authenticate malware in a recent example of machine identity abuse by nation-state actors.

The digital certificates and cryptographic keys that serve as machine identities are the foundation of security for all digital transactions. Machine identities are used by everything from physical devices to software to communicate securely. The only way to reduce risks of machine identity abuse commonly used by nation-state attackers is through a control plane that provides observability, governance and reliability.

For more information about this research, please read the blog.

Venafi is the cybersecurity market leader in machine identity management. From the ground to the cloud, Venafi solutions manage and protect identities for all types of machines—from physical and IoT devices to software applications, APIs and containers. Venafi provides global visibility, lifecycle automation and actionable intelligence for all machine identity types and the security and reliability risks associated with them.

Jetstack, a Venafi company, is a cloud native products and strategic consulting company working with enterprises using Kubernetes and OpenShift.

With more than 30 patents, Venafi delivers innovative machine identity management solutions for the world’s most demanding, security-conscious organizations and government agencies, including the top five U.S. health insurers; the top five U.S. airlines; the top four credit card issuers; three out of the four top accounting and consulting firms; four of the five top U.S. retailers; and the top four banks in each of the following countries: the U.S., the U.K., Australia and South Africa.