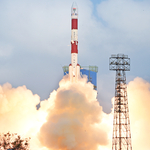 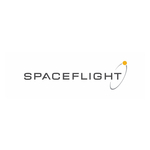 This launch represents Spaceflight’s eighth launch on a PSLV and its fourth supporting Astrocast’s nanosatellite Internet of Things (IoT) network and constellation. Once this mission is complete, Spaceflight will have launched 16 spacecraft in the Astrocast constellation, which enables companies to track and monitor assets in some of the world’s most remote regions.

“PSLV has long been a reliable and valuable launch partner to Spaceflight and we’re excited to work with NSIL again after the COVID-19 restrictions of the last few years,” said Curt Blake, CEO of Spaceflight. “By having experience working with many different launch providers around the world, we are able to identify missions that meet our customer’s exact needs – whether that’s driven by schedule, cost or destination. As Astrocast builds its network and constellation, we can offer them a range of launch options, flexibility and customization to support their long-term plans.”

Astrocast is a long-time Spaceflight customer. In March 2022, the Satellite IoT (SatIoT) network operator extended its multi-launch agreement with Spaceflight to accommodate Astrocast’s fast-growing IoT constellation. Spaceflight has previously successfully launched all 12 of Astrocast’s spacecraft into orbit, including demonstration models dating back to Spaceflight’s historic SSO-A mission in 2018 and PSLV-C45 in 2019. The companies most recently partnered and successfully launched an additional five nanosatellites on SpaceX Transporter-1 in January 2021.

“This launch is helping us get closer to accomplishing our mission of building and operating the most advanced and sustainable satellite IoT network,” said Kjell Karlsen, CFO of Astrocast. “Our long-standing relationship with Spaceflight and their access to, and experience with, an extensive portfolio of vehicles has provided us with the flexibility and customization needed to launch our satellites. Assured access to space is critical for us as we grow our network and our partnership with Spaceflight enables us to efficiently build out our constellation.”

The uniqueness of Astrocast’s nanosatellite IoT network can be attributed to the fact that its Low-Earth-Orbit constellation of satellites offers users cost-effective, bidirectional communication and modules with long battery life that connect assets moving across its network. The small sized modules and antenna allow systems integrators to place a module on any device, from fishing buoys to container trackers or moving animals. Astrocast’s solution has been designed to minimize the need for human intervention and repair, wherever possible, safeguarding the IoT business case.

2022 has been a year of innovation and leadership for Spaceflight, with successful inaugural launches of its Sherpa-AC and Sherpa-LTC vehicles. Its next notable OTV mission will take place in mid-2023, launching Spaceflight’s Sherpa-ES, a bipropellant, high delta-V OTV, aboard the much-anticipated lunar slingshot mission, GEO Pathfinder. To date, the company has executed more than 50 launches taking more than 450 customer payloads to orbit.

As the premier global launch services provider, Spaceflight is revolutionizing the business of space transportation through its comprehensive suite of launch services and Sherpa® orbital transfer vehicles. The company provides unprecedented launch flexibility to ensure customers’ smallsats get to orbit exactly when and where they want through a combination of long-standing relationships with a diverse portfolio of launch partners, innovative satellite integration capabilities, including flight and ground support hardware, licensing and logistics management, and extensive mission management expertise. Based in Seattle, Spaceflight has successfully launched hundreds of satellites and is a part of the Mitsui & Co., Ltd. portfolio, operating as an independent, U.S.-based company. For more information, visit http://www.spaceflight.com.

Astrocast SA operates a leading global nanosatellite IoT network, offering services in industries such as Agriculture & Livestock, Maritime, Environment & Utilities to name a few. The Astrocast network enables companies to monitor, track, and communicate with remote assets from anywhere in the world. It relies on superior L-band spectrum through a strategic alliance with Thuraya. In partnership with Airbus, CEA/LETI and ESA, Astrocast developed Astronode S, an ultra-low power and miniaturised module compatible with inexpensive L-band patch antennas. Founded in 2014 by a renowned team of experts, Astrocast develops and tests all its products in-house, from the satellites to the modules. Astrocast is listed on Euronext Growth Oslo and recently announced the acquisition of Hiber. For more information visit www.astrocast.com.

NewSpace India Limited (NSIL) a Govt. of India company under Department of Space is the commercial arm of ISRO. NSIL is involved in various space business activities and launching customer satellites on-board ISRO’s launch vehicle viz. PSLV, SSLV and GSLV-MkIII is one of the key business vertical of NSIL. It has engaged several commercial launch service contracts for launching satellites as co-passengers or as dedicated missions. Visit www.nsilindia.co.in.