OTTAWA, Ontario–(BUSINESS WIRE)–OpenHW Group today announced that it will showcase one of the industry’s most comprehensive open-source RISC-V development kits for attendees at the 59th Design Automation Conference in San Francisco this week. 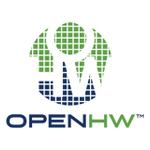 “The OpenHW community is really excited to be able to share this open-source innovation with one of the most influential audiences in the industry at DAC this week,” said Rick O’Connor, President and CEO, OpenHW Group. “We’re helping the world rethink how designs for IoT applications come to market. The open-source OpenHW ecosystem is delivering hardware, software and development tools to accelerate innovation across the industry. It’s inspiring and humbling to watch the global collaborative engineering effort that’s gotten us to this point.”

The OpenHW Group is a non-profit, global organization driven by its members and individual contributors, where hardware and software designers collaborate in the development of open-source cores and related IP tools and software. OpenHW Group and members will demo the OpenHW CORE-V MCU DevKit for Cloud Connected IoT at DAC in San Francisco, July 11-13 at the Moscone West Convention Center in booth #2340.

The CORE-V SDK, development of which was led by the Ashling, contains an IDE, Debugger, GCC compiler (supplied by Embecosm), the FreeRTOS real-time OS, and AWS IoT ExpressLink connectivity, using Espressif’s RISC-V-based WiFi radio over AWS IoT ExpressLink. This project highlights the open-source collaborative development of industry-grade CORE-V processor IP with supporting hardware and software by a wide spectrum of members within the OpenHW community.

About OpenHW Group and CORE-V Family

The charter of the OpenHW Group is to develop, verify and provide open-source processor cores, along with hardware and software needed for use in high volume SoC production. OpenHW provides an infrastructure for hosting high quality open-source HW developments in line with industry best practices. The OpenHW Cores Task Group within the organization has the mandate to develop the open-source IP for the CORE-V family of open-source RISC-V processors. The OpenHW Group is a global, non-profit, member-driven organization based in Canada, and partnered with the Eclipse Foundation.