SAN JOSE, Calif.–(BUSINESS WIRE)–Momentus Inc. (NASDAQ: MNTS) (“Momentus” or the “Company”), a U.S. commercial space company that plans to offer transportation and other in-space infrastructure services, today provided its fifth Mission Update on its inaugural Vigoride mission that launched on May 25. 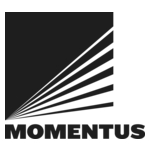 Since the Company’s last update on August 3, Momentus has successfully deployed an additional payload from its Vigoride orbital transfer vehicle. SelfieSat, a two-unit cubesat developed by Norwegian student space organization Orbit NTNU, was deployed at the end of August. The satellite will be taking a selfie using an external screen and displaying pictures sent by the public while a camera mounted on the SelfieSat arm photographs the screen with the Earth in the background. View a video of the SelfieSat team making contact with its payload here.

Momentus initially deployed two FOSSA satellites from its Vigoride orbital transfer vehicle on May 28 and the deployment of four additional FOSSA satellites occurred in July. The Company also deployed one satellite from California State Polytechnic University at Pomona on May 25 from a third-party deployer that flew on a second port of the launch vehicle. A total of eight Momentus customer satellites have now been deployed in low Earth orbit, and two yet-to-be-deployed FOSSA satellites remain on Vigoride. The Company will continue efforts to deploy the remaining payloads. Read all updates from Momentus’ first demonstration mission here.

“The Momentus team continues its work to deliver for our customers and learn everything we can from our first demonstration mission,” said Momentus Chief Executive Officer John Rood. “We’re thrilled that the Orbit NTNU students can conduct their SelfieSat mission and that FOSSA can continue to expand its IoT constellation. We’re applying the important lessons learned from this mission as we look toward our next demonstration flight targeted for December 2022.”

Momentus’ plans for additional launches of the Vigoride vehicle remain as stated in the Q1 earnings call on May 10, 2022, with agreements signed with SpaceX for launches on every upcoming Transporter mission through 2023.

Momentus is a U.S. commercial space company that plans to offer in-space infrastructure services, including in-space transportation, hosted payloads and in-orbit services. Momentus believes it can make new ways of operating in space possible with its planned in-space transfer and service vehicles that will be powered by an innovative water plasma-based propulsion system that is under development.