GLENDALE, Calif.–(BUSINESS WIRE)–Today, Marvel announced its Spider-Man“Beyond Amazing” global marketing and consumer products campaign in celebration of the iconic Super Hero’s comic book debut 60 years ago. Over the past six decades, Spider-Man has appeared in countless comics, films, animation, video games, toys, and much more. His image is synonymous with the modern Super Hero and generations of fans have fallen in love with his unique look, aspirational heroism and universal message that with great power comes great responsibility. 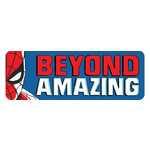 “Very few characters have touched the lives of fans around the world the way that Spider-Man has over the past 60 years,” says Paul Gitter, SVP, Marvel Consumer Products. “We’re thrilled to be collaborating with best-in-class brands on unique Spider-Man offerings that continue to expand Marvel’s leadership in the lifestyle space.”

To kick-off the celebration, Marvel has collaborated with global lifestyle brand, Kith, on a new collection that pays homage to the six decades of the Marvel Super Hero, interpreted through the Kith lens. The collection will be available beginning July 15, and features an assortment of specially designed apparel inspired by the iconic wall-crawler, including intarsia knit sweaters, 400 GSM cotton fleece hoodies, and a range of vintage washed long sleeve and short sleeve tees. As a part of the launch, fans can experience and shop the collection at the Kith for Marvel Spider-Man Pop-Up on July 15 – July 17 in the character’s hometown of Queens, NY. The collection will also be available at Kith’s Aspen, Hawaii, Los Angeles, Miami, Paris and Tokyo locations, as well as in shop-in-shops at Selfridges, Bergdorf Goodman and Hirshleifers.

In addition to Kith, new “Beyond Amazing” products will launch throughout the remainder of 2022 from licensees including Hasbro, Funko, the LEGO Group, Jazwares, PEZ Candy, Mad Engine, C-Life, Jay Franco, Bioworld, Citizen, and Adidas to name a few. Showing the reach of this beloved and aspirational character, collections will be broadly available at top retailers nationwide and around the globe.

Some of the comic book industry’s greatest artists have banded together on one incredible variant cover program to honor Spider-Man’s 60th anniversary. Beginning this August, “Beyond Amazing” variant covers will adorn the covers of Marvel’s hottest ongoing comic book titles with gorgeous artwork celebrating all aspects of Spider-Man’s beloved mythos. From key moments in Spider-Man’s publishing history to Spider-Man’s forays into other media, these 20 show-stopping covers showcase a wide range of Spidey inspiration and prove why the hero’s impact on pop culture is simply unmatched.

Marvel’s Spider-Man: Beyond Amazing – The Exhibition

To celebrate the 60th anniversary of Marvel’s legendary Spider-Man, the Comic-Con Museum in San Diego is home to “Marvel’s Spider-Man: Beyond Amazing – The Exhibition,” now open to the public. This premier exhibition welcomes visitors of all ages to explore the Web-Slinger’s storied history, through original comic art, movie props, costumes, and more priceless original artifacts.

Consumer Products, Games and Publishing (CPGP) is the division of Disney Parks, Experiences and Products (DPEP) that brings beloved brands and franchises into the daily lives of families and fans through products – from toys to t-shirts, apps, books, console games and more – and experiences that can be found around the world, including on the shopDisney e-commerce platform and at Disney Parks, local and international retailers, as well as Disney store locations globally. The business is home to world-class teams of product, licensing and retail experts, artists and storytellers, and technologists who inspire imaginations around the world.

Marvel Entertainment, LLC, a wholly-owned subsidiary of The Walt Disney Company, is one of the world’s most prominent character-based entertainment companies, built on a proven library of more than 8,000 characters featured in a variety of media for over eighty years. Marvel utilizes its character franchises in entertainment, licensing, publishing, games, and digital media. For more information visit https://www.marvel.com. © 2022 MARVEL