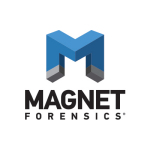 “Magnet Forensics has been a tremendous partner in our quest to bring swift justice to criminals who exploit innocent victims,” said Anupama Kilaru, director, digital forensics division, Truth Labs. “Magnet AXIOM has been an invaluable addition to our investigative toolkit due to the breadth and depth of analytics it covers in computer, mobile and cloud acquisitions. Its analytical tools allow us to recover critical evidence faster and trace the events that occurred during a crime while presenting our cases to the court or prosecuting authority.”

Comprised of veteran forensic scientists who served government laboratories and reputed officers who retired from police and the judiciary, Truth Labs is a non-profit forensic laboratory providing services to police, courts, enterprises and individuals who otherwise could not access them. Founded by Dr. Gandhi P.C. Kaza, the former director of Andhra Pradesh Forensic Labs and current advisor to various state governments in India, the organization has been operating for 15 years. Since 2019, Truth Labs has used Magnet AXIOM, a digital forensics platform for recovering, analyzing and reporting on digital evidence from mobile phones, computers, IoT devices and the cloud, in more than 300 cases.

“Truth Labs plays a fundamental role in India’s justice system by helping police agencies overburdened by digital evidence complete their digital investigations, bring timely justice to perpetrators and exonerate the innocent,” said Jad Saliba, founder and chief technology officer at Magnet Forensics. “Magnet AXIOM is helping digital investigators like those at Truth Labs make daily break throughs in their cases by recovering and analyzing critical digital evidence, including deleted and hidden data, and quickly getting it into the hands of investigating officers.”

Magnet AXIOM immediately enhanced Truth Labs’ ability to make a difference in digital investigations. In 2019, the Kolkata Police outsourced a fraud investigation to Truth Labs. The suspects were accused of impersonating Microsoft technical support workers during phone calls to U.S. citizens in a bid to steal personal information. Truth Labs used Magnet AXIOM to examine multiple iPhones as well as Mac and Windows laptops belonging to the suspects. Digital investigators recovered instruction documents outlining how to speak with victims, how to react in certain situations and how to remotely connect to victims’ computers to steal personal information. They also recovered spreadsheets filled with personal data, such as banking information and credit card numbers, belonging to the victims.

In another recent case, Truth Labs used Magnet AXIOM to investigate alleged child abuse for the Karnataka State Police. The child and her parents filed a police report accusing a tenant in their home of abuse. In one key piece of the investigation, the suspect told police he never communicated virtually with the child. Truth Labs, however, was able to use Magnet AXIOM to recover deleted data demonstrating the suspect had communicated with the child through WhatsApp. The information was vital to the case because it proved the suspect was lying and had attempted to cover his tracks.

Founded in 2010, Magnet Forensics is a developer of digital investigation software that acquires, analyzes, reports on, and manages evidence from digital sources, including computers, mobile devices, IoT devices and cloud services. Magnet Forensics’ software is used by more than 4,000 public and private sector customers in over 100 countries and helps investigators fight crime, protect assets and guard national security.