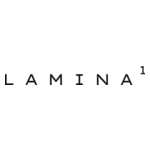 Neal Stephenson, the renowned futurist and author who coined the term “Metaverse,” and Peter Vessenes, the cryptocurrency pioneer and founder of the first VC-backed Bitcoin company, co-founded LAMINA1 in June 2022 with the goal of empowering current and future creators to build the Open Metaverse.

With a deep understanding of immersive technology, design, and entertainment, Barkin is a clear choice to lead LAMINA1 in delivering a Layer-1 blockchain purpose-built for creators as they embrace the Metaverse and Web3. In her recent role at Madison Square Garden Entertainment, she worked with top brands and Directors to ideate experiences that leveraged the full suite of Sphere technologies with the goal of transporting audiences and creating memorable, high-value engagements with customers. As VP of Brand & Platform Design at Magic Leap she led the redesign of both brand and operating system for Magic Leap 2, and prior, as VP of Studios Strategy & Partnerships drove development of AR experiences with premium partners like Alibaba, Weta, Warner Bros, and HBO’s Game of Thrones – award-winning creative that saw augmented reality hit consumer retail for the very first time at AT&T. She also served as Executive Producer of Tónandi – an interactive audio-visual experience, which took home a DICE Award for Outstanding Technical Achievement.

“I’ve always been passionate about the opportunities that disruptive technologies offer creatives, brands, and businesses,” said Barkin. “At LAMINA1, we aim to build the preferred blockchain for the Open Metaverse – a chain that honors and incentivizes its makers, respects the agency and privacy of its patrons, and is purpose-built to sustainably power this new economy. I’m thrilled to join visionary Neal Stephenson and crypto pioneer Peter Vessenes to lead LAMINA1 in materializing a vision of the Open Metaverse that empowers creators and consumers alike.”

In 2020, Barkin was listed as one of South Florida’s 2020 influential business women by the South Florida Business Journal for her role at Magic Leap driving technology and live entertainment innovation. She was also recognized for her active role in mentoring female leaders, and driving diversity in product design, which remains true today with her involvement in Chief – an organization designed for senior women pioneers to strengthen their leadership journey.

“Rebecca’s personal skills, force of vision, and expertise are just outstanding; far in excess of her (impressive) biography. As the blockchain industry has grown over the last decade, it’s been able to successfully capture higher and higher grade leadership for key positions. Rebecca is the type of leader Neal and I love – detailed, visionary, grounded in technical, and creative expertise. I can’t wait to see what she’ll accomplish here!” said LAMINA1 co-founder and Chairman Peter Vessenes.

For more information and to get involved, visit LAMINA1.com and join our community discord.gg/lamina1.

The brainchild of Neal Stephenson (Chairman), who first conceptualized the Metaverse in his 1992 million-selling book Snow Crash, and Peter Vessenes (CEO), a foundational leader from the early days of Bitcoin, LAMINA1 is a Layer-1 blockchain purpose-built to empower the Open Metaverse. LAMINA1’s chain technology, cryptographic model and extensive intellectual property partnerships (to be announced throughout 2022) will establish it as the preferred destination for this generation’s most creative minds – those who are crafting the digital societies of the future. It is the first provably carbon-negative blockchain in the world.