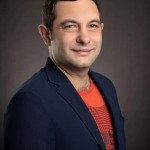 Since the beginning of IoT, the industry has ushered in waves of new innovative companies, from startups to larger enterprises such as Amazon, Google or Microsoft. However, the growth of IoT remained slow due to the fragmentation of different complex layers of services to be integrated together including hardware, software to cloud, and global connectivity. According to Ericsson Mobile Trend Report, by 2025 the number of Internet of Things connections will reach 13.8 billion, and all these new devices will increase the need to be always connected to a myriad of Internet content and applications.

With the rapid development of Mobile Internet, consumers have become savvy when choosing their favorite smart devices. The more informed buying habits of consumers has led smart device companies to compete fiercely to widen their distribution channels. These smart devices must have always-on connectivity in order to be “smart” and to relay information from sensor to cloud based applications. This market competition has led to the establishment of several players such as XiaoMi, Huawei, Tesla, Amazon Echo, GoPro, or DJI. They compete not only in cost-effectiveness and quality, but also in the best user experience and application eco-system. Other than smartphones, most smart devices such as smart watches or smart mirrors used to rely on local WiFi or Bluetooth for connectivity, but with the growing appetite for more always-on services and better experiences, those connectivity options are no longer sufficient. Recently, Apple’s new iWatch launched with its own eSIM, allowing users to have one-click video calls without the need to rely on Bluetooth from a nearby phone, greatly improving the user experience, and making consumers always accessible. This sets the trend for the second generation of smart devices where having their own independent, always-on global connection is a must.

SIMO Corporation’s revolutionary virtual eSIM™ technology has been developed and used for over 10 years and has many worldwide patent, with a total of more than 100 million users relying on its global connectivity service platform. The virtual eSIM™ service eliminates the barrier for OEMs to integrate connectivity into their devices by removing any physical SIM card. Through a software SDK deployed into the main processor’s secured element, the device can obtain the fastest 4G network nearby based on device location, greatly reducing the total cost of any device OEM while leveraging the main processor’s greater computing resources to improve overall connectivity, without compromising security.

Ludovic Lassauce, CEO of SIMO Corporation’s IoT & B2B division, said: “I am glad to join SIMO Corporation to offer the best services to these OEMs and create an ultra-connected society in which billions of intelligent Internet of Things devices can be always connected to improve our daily life thanks to our powerful virtual eSIM™ service.”

Lassauce led Tata Communications’ mobile and Internet of Things business in the Asia-Pacific region, making it the fastest growing business for Tata Communications. Prior to joining Tata Communications, he served as the general manager for IoT in Singapore Power, the state grid company from 2015 to 2017, creating various smart building solutions. From 2012 to 2015, he led the product business development of Ericsson DCP business unit and created the multidomestic eSIM solution for the Global M2M Association (GMA) and the Bridge Alliance. Prior to that, he was responsible for the international business development of Jasper Wireless, one of the first IoT platform company in the world, later acquired by Cisco for USD $1.4b.

“We believe that Mr. Lassauce, who has rich experience in the IoT and Telecom sector, is best positioned to lead SIMO Corporation’s next 100 million users in the IoT business. He will lead SIMO Corporation through fast transformation from global WiFi to enable millions of IoT devices to take advantage of our virtual eSIM™ platform, realizing the mutual benefits and win-win for end users, equipment manufacturers, operators, and Internet companies,” said Jing Liu, CEO of SIMO Corporation.

SIMO Corporation based in the Silicon Valley with offices throughout Europe and Asia, is a leading Platform-as-a-Service company providing its leading Virtual eSIM™ technologies and services to users around the world. Its platform enables mobile terminals such as smartphones, personal WiFi hotspots, laptops, cars, and any other IoT devices to access 4G local data seamlessly without the need of a physical SIM card or be hindered with expensive data costs. Its platform currently covers over 130 countries across more than 200 carrier networks, bringing network data access via a software SDK which can be integrated into any MediaTek or Qualcomm modem chipsets. SIMO Corporation has raised over $50M USD and recently closed its series C round backed by leading global ventures and strategic investors.

5 Ways the Communication in Your Business Can Improve