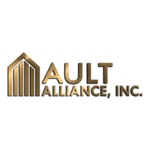 LAS VEGAS–(BUSINESS WIRE)–$AP #0ver_20000_miners—Ault Alliance, Inc. (NYSE American: AULT), a diversified holding company (“Ault,” or the “Company”) today announced that its wholly owned subsidiary, BitNile, Inc. (“BitNile”) has received 20,645 Antminers, fulfilling the first five of seven contracts with Bitmain Technologies Limited (“Bitmain”) including 4,628 environmentally friendly S19 XP Antminers that feature a processing power of 140 terahashes per second (“TH/s”) and 16,017 S19j Pro Antminers that feature a processing power of 100 TH/s. The Company announced that the 20,645 Antminers in possession, once installed and energized, will generate a combined processing power of approximately 2.25 exahashes per second (“EH/s”), the computational power that is being used to mine Bitcoin, will generate an expected annualized revenue run rate of approximately $60 million, based on current market conditions, including a mining difficulty of 37.59 trillion.

Milton “Todd” Ault, III, the Company’s Executive Chairman, stated, “I am very pleased that we have completed the receipt of the 20,645 Antminers. Owning our own data center in Michigan has provided us with operational flexibility. We have made commitments to grow additional capacity under our control to over 20,000 miners and I look forward to the progress the BitNile team will achieve in the coming weeks.”

The Company notes that beyond the first five contracts with Bitmain, it has two more previously announced purchase agreements for an additional 1,325 S19j Pro Antminers estimated to be delivered over the first quarter 2023 and 1,140 S19 XP Hydro Antminers anticipated to be delivered during the summer of 2023. Once all of the miners are fully deployed and operational, BitNile expects to achieve a mining production capacity of approximately 2.67 EH/s, which will generate an expected annualized revenue run rate of approximately $72 million, based on current market conditions.

Ault notes that all estimates and other projections are subject to the actual delivery and installation of Bitcoin miners, the volatility in Bitcoin market price, the fluctuation in the mining difficulty level, the ability to build out and provide the necessary power, and other factors that may impact the results of production or operations.

For more information on Ault and its subsidiaries, Ault recommends that stockholders, investors, and any other interested parties read Ault’s public filings and press releases available under the Investor Relations section at www.ault.com or available at www.sec.gov.