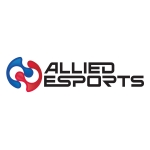 “We are thrilled to continue to grow our relationship with HyperX, an
unequivocal leader and innovator in esports and beyond, and the
continuation of this naming rights deal solidifies our shared commitment
to engage fans across the globe,” said Simon Temperley, Allied Esports
Chief Revenue and Marketing Officer. “With a foundation now in place on
two continents, Allied Esports and HyperX together have the opportunity
to create experiences and content that will influence audiences in new
and meaningful ways for years to come.”

“HyperX is excited to expand our branding and esports relationship with
Allied Esports. Allied is a proven partner that shares our passion for
excellence in gaming and entertainment,” said Daniel Kelley, director of
corporate marketing, HyperX. “With global commitments to the gaming
community to provide the best gaming experiences, the European HyperX
Esports Truck and HyperX Studio will bring our ‘We’re All Gamers’
philosophy to more gaming communities in Europe.”

The newly named HyperX Esports Truck was part of this past weekend’s
Intel® Extreme Masters (IEM) Katowice Expo 2019 in Katowice, Poland, one
of the world’s most prestigious esports shows and the home of the first
CS:GO Major of 2019. At
the event, “Big Betty” hosted gaming competitions and giveaways,
influencers, Cosplay contests, listening stations showcasing HyperX’s
latest products, and other interactive fan experiences.

“Big Betty” is the world’s first mobile esports arena and has been one
of the most popular gaming venues across Europe since its debut in 2016.
In 2018, the truck hosted Ireland’s largest esports event ever – Three
Ireland’s EStars – featuring ten teams and 50 competitors over eight
weeks of League of Legends play, making stops at League of Ireland
football club stadiums. The competitors battled for a chance to play at
Ireland’s legendary 3Arena, €20,000 and a trip to HyperX Esports Arena
Las Vegas.

The HyperX Studio is an 8,000-square-foot, multi-purpose event and
broadcast facility in Hamburg, Germany and the headquarters of Allied
Esports’ European operations. As with all of Allied Esports’ venues, the
studio was created with a modular design capable of holding a range of
esports entertainment events and broadcasts. The studio has been the
home of the Legend Series broadcast since 2017, the same year the venue
hosted the CS:GO Legend Series final. The HyperX Studio recently hosted
Season 2 of the popular Blackout Legend Series and is currently in
preparation for Season 3. The Apex Legend Series kicked off on February
28 and can be viewed on twitch.tv/elcgamingtv.

Named to Fast Company’s World’s Most Innovative Companies list for 2019,
Allied Esports is a premier esports entertainment company with a global
network of dedicated esports properties and content production
facilities. Its mission is to connect players, streamers and fans via
integrated arenas and mobile esports trucks around the world that serve
as both gaming battlegrounds and every day content generation hubs.
Allied Esports is a subsidiary of Ourgame International (SEHK:899),
owner of WPT Enterprises, Inc., the operator of The World Poker Tour®.
Ourgame has entered into an agreement with Black Ridge Acquisition Corp.
(NASDAQ: BRAC) to combine, and once all applicable shareholder and
regulatory consents have been obtained, and the other conditions to
closing have been satisfied, Allied Esports and the World Poker Tour to
form Allied Esports Entertainment, Inc.

HyperX is the gaming division of Kingston Technology Company, Inc., the
world’s largest independent memory manufacturer, with the goal of
providing gamers, PC builders, PC, console and mobile power users with
high-performance components. For 16 years, the HyperX mission has been
to develop gaming products for all types of gamers – high-speed memory,
solid state drives, headsets, keyboards, mice, charging accessories for
console players, USB flash drives, and mousepads – to the gaming
community and beyond. The award-winning HyperX brand in known for
consistently delivering products that deliver superior comfort,
aesthetics, performance, and reliability. HyperX gear is the choice of
celebrity ambassadors, pro gamers, tech enthusiasts, and overclockers
worldwide because it meets the most stringent product specifications and
is built with best-in-class components. HyperX has shipped over 60
million memory modules and 7 million gaming headsets worldwide.

Join the global #HyperXFamily at facebook.com/hyperxcommunity, learn how
HyperX products can enhance your console experience and boost
performance for both you and your PC, console or mobile device at
hyperxgaming.com. Whatever your skill level, whatever genres you play,
we embrace all gaming enthusiasts everywhere with our core belief —
We’re All Gamers.

This communication contains “forward-looking statements” within the
meaning of Section 21E of the Securities Exchange Act of 1934, as
amended, and the Private Securities Litigation Reform Act of 1995.
Forward-looking statements may relate to the proposed transaction
between Black Ridge Acquisition Corp. and Ourgame International Holdings
Limited (the “Proposed Transaction”) and any other statements relating
to future results, strategy and plans of Black Ridge and Ourgame
(including certain projections and business trends, and statements which
may be identiﬁed by the use of the words “plans”, “expects” or “does not
expect”, “estimated”, “is expected”, “budget”, “scheduled”, “estimates”,
“forecasts”, “intends”, “anticipates” or “does not anticipate”, or
“believes”, or variations of such words and phrases or state that
certain actions, events or results “may”, “could”, “would”, “might”,
“projects”, “will” or “will be taken”, “occur” or “be achieved”).
Forward-looking statements are based on the opinions and estimates of
management of Black Ridge or Ourgame, as the case may be, as of the date
such statements are made, and they are subject to known and unknown
risks, uncertainties, assumptions and other factors that may cause the
actual results, level of activity, performance or achievements to be
materially different from those expressed or implied by such
forward-looking statements. For Ourgame, these risks and uncertainties
include, but are not limited to, its revenues and operating performance,
general economic conditions, industry trends, legislation or regulatory
requirements affecting the business in which it is engaged, management
of growth, its business strategy and plans, the result of future
ﬁnancing efforts and its dependence on key personnel. For Black Ridge,
factors include, but are not limited to, the successful combination of
Black Ridge with Ourgame’s business, amount of redemptions, the ability
to retain key personnel and the ability to achieve stockholder and
regulatory approvals and to successfully close the Proposed Transaction.
Additional information on these and other factors that may cause actual
results and Black Ridge’s performance to differ materially is included
in Black Ridge’s periodic reports ﬁled with the SEC, including but not
limited to Black Ridge’s Form 10-K for the year ended December 31, 2017
and subsequent Forms 10-Q. Copies may be obtained by contacting Black
Ridge or the SEC. Readers are cautioned not to place undue reliance upon
any forward-looking statements, which speak only as of the date made.
These forward-looking statements are made only as of the date hereof,
and Black Ridge undertakes no obligations to update or revise the
forward-looking statements, whether as a result of new information,
future events or otherwise, except as required by law.

No Offer or Solicitation

This communication is for informational purposes only and is neither an
offer to sell or purchase, nor the solicitation of an offer to buy or
sell any securities, nor is it a solicitation of any vote, consent, or
approval in any jurisdiction pursuant to or in connection with the
Proposed Transaction or otherwise, nor shall there be any sale, issuance
or transfer of securities in any jurisdiction in contravention of
applicable law.

Chemours Begins Commissioning at Its Newest Sand Mine in Clay County, Florida

Chemours Begins Commissioning at Its Newest Sand Mine in Clay County, Florida